From scrap to collector piece, this little gem was quite the challenge !

Found among the scrap pile was this little gem just calling out for a second chance, time to break out the big guns !

The watch head was found submersed in some sort of grease which i can only presume was so the previous owner/watch hobbyist could attempt to open her, so not a good start. Naturally the grease had broken through the glass and damaged the dial and caused absolute havoc with the movement. The casing seal had become nothing more than gluey gunk and sealed shut the casing which is what i presume provoked the assault with grease in an attempt to open the watch. The casing was badly scratched and dented from some seriously bad choice in tool usage :(

Look away now for those with sensitive eyes......the horror the horror.... 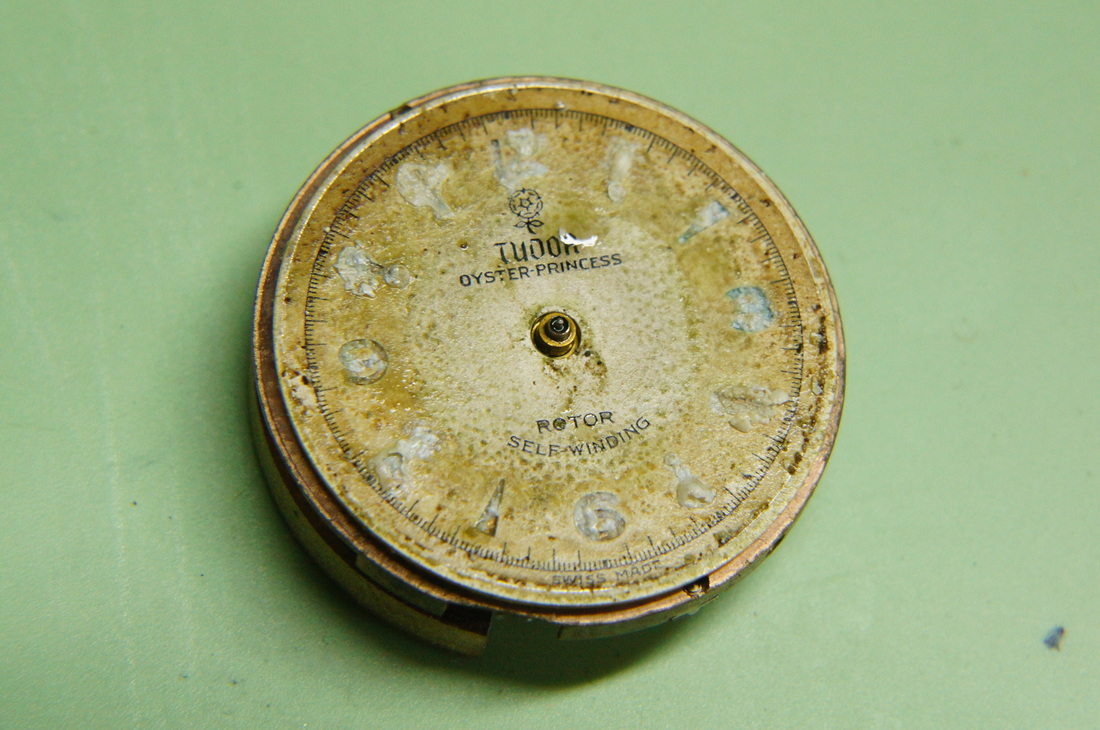 As can be seen the indices have rotten away to nothing but print appears ok, that is until the gunk is gently washed off leaving barely any trace of identity. The movement suffered a similar fate with liquid pouring from every nook & cranny and loose bits of debris blocking every jewel, don't even get me started on the hairspring :O

The watch was finished as close to original as i could get her, which considering the starting point i think she turned out well :)

The watches timing was quite respectable given the amount of damage caused ( +- 20 seconds day ), and the casing was never meant to be absolutely flawless, sometimes its good to leave a little history in a watch than remove all trace of its life. The dial was refinished complete with hand finishing the indices on the original dial plate and original print from 1954. Several months work went into this little gem, but boy was she worth it :D